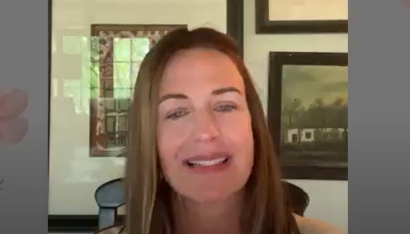 "A Mother's Reflection": Parent Testimonial about the OLL Community

In this reflection, filmed as part of the May Crowning Ceremony, longtime OLL school parent Mrs. Amy Foley reflects on the value of being part of the OLL school community. Thanks to Mrs. Foley and the whole Foley family for all the many ways you've helped make OLL such a special place! 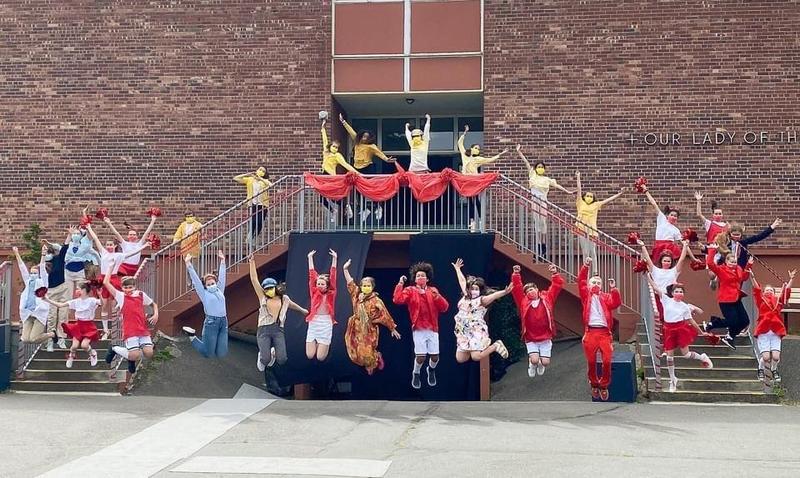 Congratulations to OLL Cast and Crew on Spring Musical!

A huge round of applause to the cast and crew for the magical performances of Disney's High School Musical, Jr. on May 21-23. OLL wishes to thank all the parents and families for their dedicated support of our students over months of rehearsals and to our cast and crew for persevering through all the limitations of performing safely during the pandemic. Thank you for sharing this memorable experiences of these musical performances and witnessing our students letting their lights shine! A special thanks to Director Ms. Jennifer Kush for her vision, creativity, and hard work and to her whole team of supporters who helped to make this possible for our students - giving a ray of hope for our students during a most challenging school year.

July 14 and 15 receive 20% off any item by entering code SUN21. Get your pride wear ordered now, to be ready for Fall.

This year's Wild Wild West Auction was a wild success! We appreciate all the incredibly generous support from our auction bidders, from OLL parents to grandparents to parishioners, alumni, teachers/staff - the whole OLL community came together in support of our school and had fun along the way.

Please stay tuned as we tally the final amounts raised. In the meantime, we are very excited to report our Fund-a-Need total is now more than $75,000! We're still accepting donations the next two weeks to support our Laker Scholarship Fund for tuition assistance, and our new campus-wide public address (PA) system to improve safety and communication. This is a huge show of generosity and support for OLL and we are truly grateful!

During these times of so much need, our auction once again gives hope for our school's future and showed the generous spirit the OLL community is known for.

THANK YOU from all of our students, teachers, and staff at OLL! 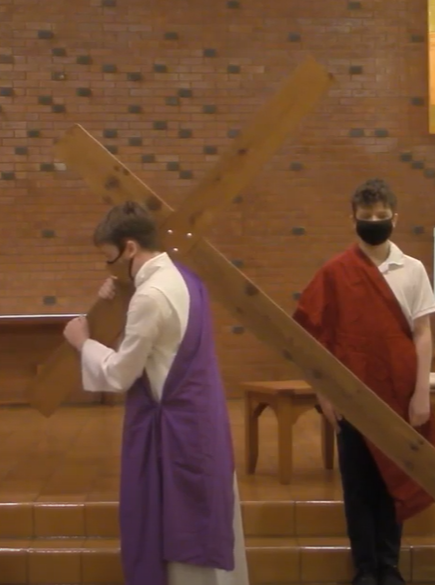 Thank you to our 7th grade students for performing a powerful and meaningful depiction of the Stations of the Cross on Good Friday, representing the events of Jesus's death and the hope that we will be renewed in the resurrection to come. Thank you to Ms. Jennifer Kush and Mr. TJ Breysse for guiding this performance. 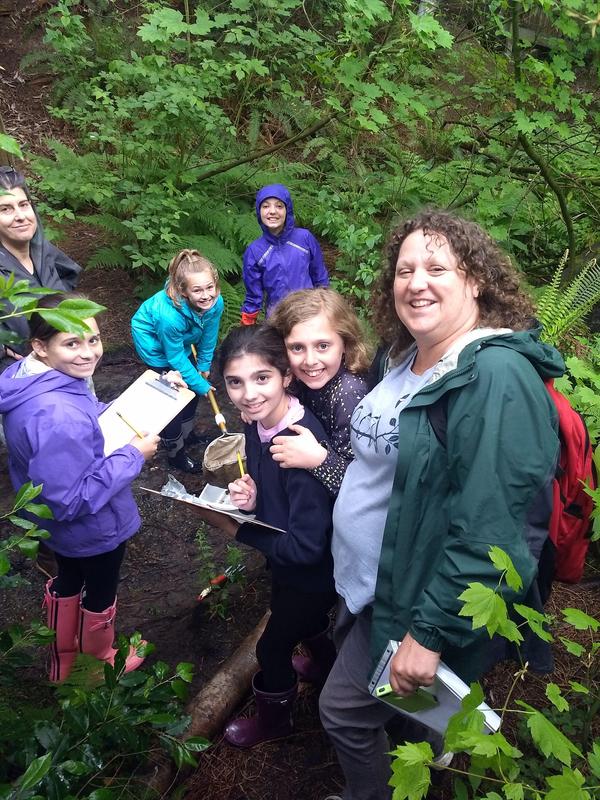 We're recruiting now for the best and brightest teachers to join our dynamic teaching team to start in the Fall 2021. Come join our mission to nurture hearts, inspire minds, and ignite spirits! Open positions are in Kindergarten, Third Grade, and Science Specialist. 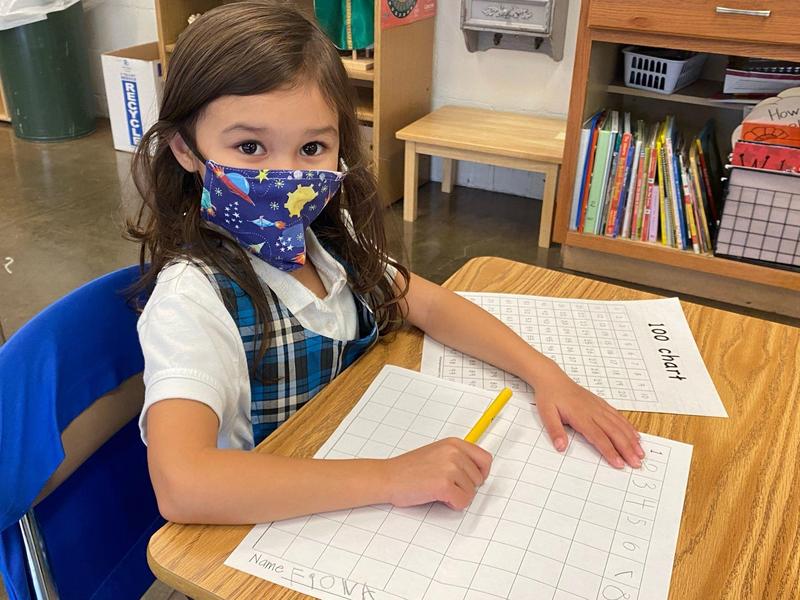 Student Applications Now Being Accepted for 2021-2022!

Come join our community of Lakers! At OLL, our mission is to nurture hearts, inspire minds, and ignite the spirits of all our students. We have a limited number of open spots for next year depending on the grade level. Please contact our director of enrollment, Deven McCoy, at [email protected], for information on availability and how to apply for 2021-2022.

As a way to honor her late father, Jim Walsh, Barbara Martin made a generous donation to OLL's Laker Scholarship Fund, which supports school families in need particularly during this time of the pandemic. The $15,000 donation was made in memory of her father, who believed strongly in Catholic education. The gift will provide tuition assistance to those experiencing financial challenges due to job loss, reduction, or health situations resulting from the virus. "This memorial gift will ensure that Mr. Walsh's belief in Catholic education will carry forward in a new generation," said Daniel P. Mullen, principal at OLL. "All of us at OLL appreciate the generosity and meaning behind this gift. Thanks to the generosity of his daughter, Mr. Walsh's legacy will now encompass making a powerful impact on OLL students and families in the months and years to come."

We are excited to launch our brand new Spirit Store! This weekend only get 25% off all items! Starting Monday 4/19/21 we still have great deals at 20% off. This new on demand ordering will allow us to look spiffy all year with Laker Pride. 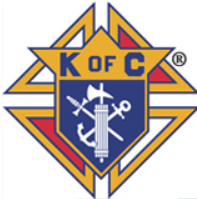 Today, OLL received a $50,000 donation from the Knights of Columbus (Council No. 676) to support tuition assistance for students whose families are experiencing financial hardship, particularly due to the coronavirus pandemic. The donation was made in honor of all the OLL parishioners who have served within the Knights of Columbus. "The gift of Catholic education is one that lasts a lifetime," said Daniel P. Mullen, principal at OLL. "With this generous support from the Knights of Columbus, we will be able to say 'Yes' to more families facing the most difficult circumstances in their lives. We're tremendously grateful. It will be a lifeline of support for our Laker families now and in future years. "
RSS Feed