Our Lady of the Lake Catholic School has provided quality Catholic education in Northeast Seattle for more than 70 years. On June 12, 1949, His Excellency, the Most Reverend Thomas A. Connolly, dedicated the first school building at Our Lady of the Lake.  By 1956 the original six classrooms and auditorium were no longer adequate for the student population, so in 1957 an addition was built that included nine more classrooms.

The Tacoma Dominican sisters served as teachers/staff at OLL into the 1970s. In the 1970s, however, as they retired or moved on to other ministries, lay faculty became the norm. A kindergarten class was added to the school in the mid-1970s, and in 2003 a prekindergarten class was added. To respond to the growth of the parish, a preschool class and a second prekindergarten class were added in 2006. In 2013, an Events Center, including a state-of-the-art gymnasium and updated Multipurpose Room (MPR), was built through the generous support of our community after a successful capital campaign in 2014. In 2020, a major renovation of the four main school restrooms was completed through the transformational support of dedicated OLL philanthropic and parishioner support.

Today, our school is a thriving community of faith drawing students from nearly 20 zip codes in the greater Seattle area, and remains dedicated to continuing the tradition of excellence for the next generations of "Lakers for Life." 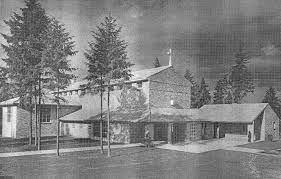